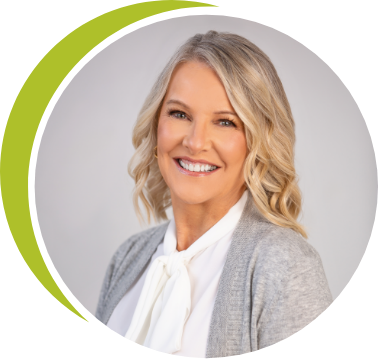 Teresa has been working in the legal field her entire adult life. At the age of 22, she began working in civil litigation firms in various support positions. During this period, she obtained her undergraduate degree from the University of Central Florida, and ultimately decided to make law her career.

At the age of 28, Teresa entered the University of Florida College of Law, where she excelled in her legal studies, and graduated with honors in 1987.

Teresa then began six years of service to the First District Court of Appeal as Chief Judge E. Earle Zehmer’s senior judicial clerk. As an appellate law clerk, Teresa reviewed appeals emanating from every area of state law, and drafted many appellate opinions ultimately released by the court.

In 1993, Teresa and her husband decided to build their dream home on the banks of the Suwannee River in rural North Central Florida. She served as a general practitioner in a small law firm for four years, and in 1997 opened her own firm, limiting her practice to the areas of estate planning, probate and trust settlement, business law, and appellate law. When her parents began declining both physically and cognitively and she found herself immersed in the world of caregiving for aged parents, she broadened her practice to include elder law. She is deeply gratified to be able to help families effectively deal with the physical, emotional, and financial aspects of caring for their elderly loved ones.

Teresa is married to Dan Morgan, and they have one child, Jason Morgan, an attorney for the U.S. Department of Defense, and two granddaughters, Caroline and Amelia. Teresa also enjoys being “Resa” to Dan’s additional grandchildren, Cooper, Morgan, Ashley, Latham, Reagan, and Kennedy. Teresa and Dan’s family would not be complete without their pets, which include Daphne, a Maine Coon cat, and Gracie, a Labrador Retriever.

What our clients are saying

Among the many benefits of doing our estate planning with Morgan Law Center is their Legacy Protection Program. We have been clients of the firm for many years and have made a point of visiting Teresa annually to review our plans. Because we have had the freedom to tweak our plans each year, they reflect our current decisions based on today’s circumstances. And, due in large part to Teresa’s compassionate interviewing skills, we have created plans that promote our core values and give us great peace of mind. Teresa has always been fair, trustworthy, and extremely helpful to us. To put it plainly, she’s terrific!

They are awesome. They helped us with our dad and elder care, we knew very little and they helped a great deal. Thank you so much for your caring and compassion when we needed it most.

I was treated in a friendly, professional manner. I learned a lot from all of them, and feel confident in the results.

Couldn't ask for a better experience! Teresa and her staff are knowledgeable, professional and friendly. I needed help establishing Medicaid for a loved one. Morgan Law Center helped us protect her assets and enroll her in Medicaid. They walked with us through the entire process and were available to answer any and all questions. They not only worked with me, but also developed a relationship with my loved one to assure her comfort and that her desires were being met. I highly recommend them if you need help protecting your loved one's assets and moving them to Medicaid. I am so happy I chose this firm. Our results were better than I ever could have imagined!

After the death of my husband, I was so thankful that my husband and I had chosen Morgan Law Center for our estate planning. The firm was not only efficient, but caring and compassionate as well. It was a blessing to have our legal and financial affairs handled in such a loving and professional manner. This allowed much needed time for our family to spend together remembering and honoring our loved one. It was a relief for the weight to be taken off of our shoulders.

Teresa Morgan’s knowledgeable, practical, and timely assistance was invaluable during a most stressful time of transition in my mother’s life. Teresa was always ready to listen and her guidance made my mother’s move to long-term nursing home care as smooth as possible.